Richest US presidential candidates in history

John F Kennedy was born into enormous wealth, and married rich oil heiress Jacqueline Bouvier in 1953.His career was bankrolled by his father, Joe Kennedy, one of the richest men in America, who had made his fortune in banking, stock trading and bootlegging.When elected to the White House, JFK gave away his $100,000 annual salary to charity. 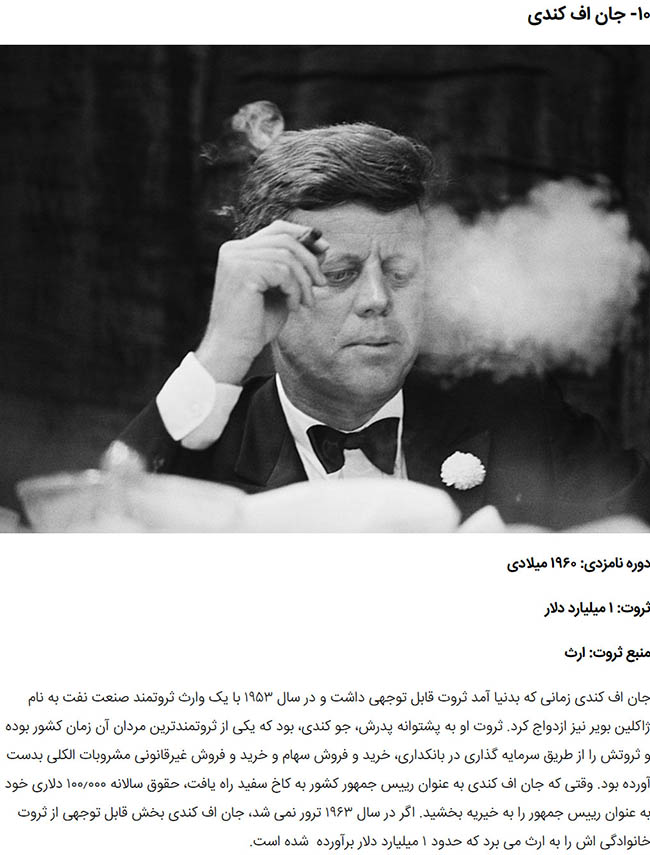