The world’s richest man doesn’t spend the most on security — at least not publicly. Forbes reports that the amount Amazon shells out for Bezos’ security hasn’t changed since 2012 despite the billionaire’s wealth growing by approximately $113 billion. An Amazon spokesperson said Bezos pays separately for his personal security. 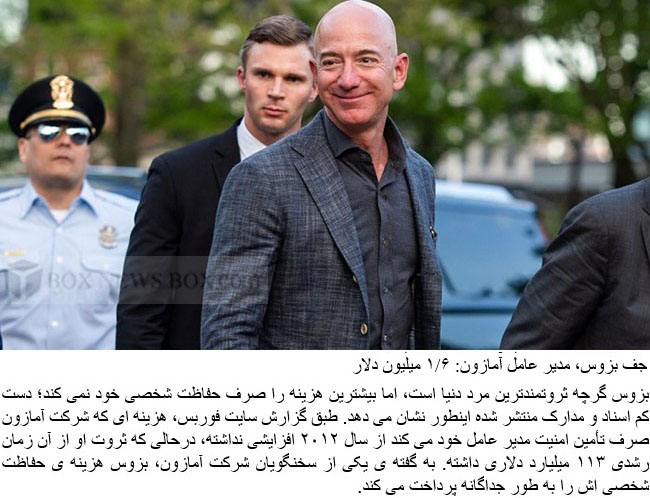