The Politican “Ebrahim Raisi” in Pictures 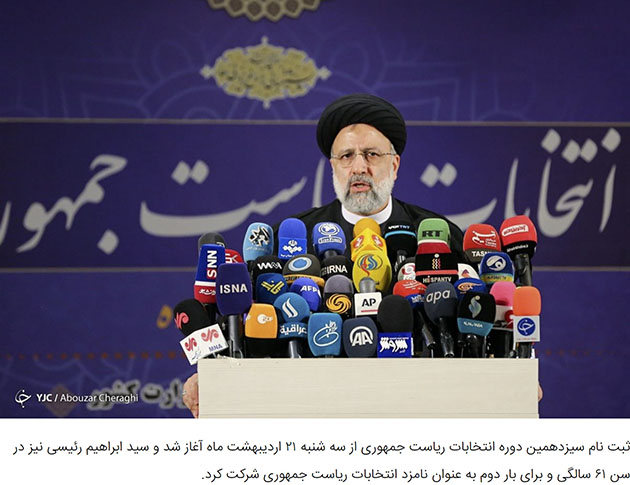 According to Alex Vatanka of the Middle East Institute, Raisi’s “exact religious qualification” is a “sore point”. “For a while” prior to investigation by the media, he “referred to himself” as “Ayatollah” on his personal website. However, according to Vatanka, the media “publicized his lack of formal religious education” and credentials, after which Raisi ceased claiming to hold the aforementioned rank. He now “refers to himself as hojat-ol-eslam”, a clerical position lower in status and privilege.