Bijan Mortazavi and his wife in the U.S 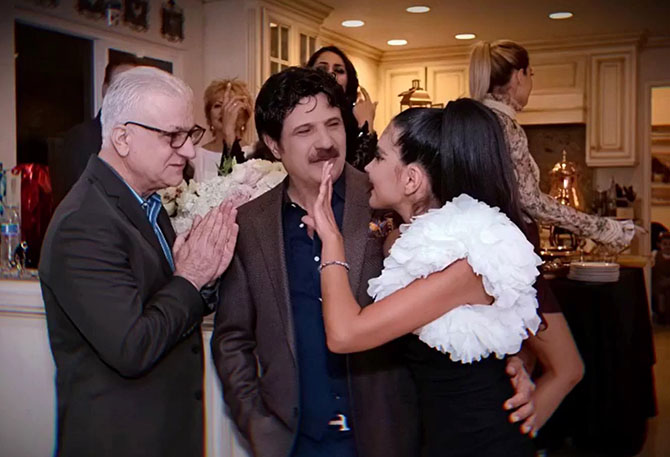 On July 3, 1994, Bijan Mortazavi performed his music with an orchestra at the Greek Theatre in Los Angeles, becoming the first Iranian musician to be featured at the theatre. One of the pieces he played during this concert, entitled “Epic”, had been written by him when he was eleven years old. A video of the concert has been released as Bijan Live at the Greek Theatre.