The richest Persians in Iran 2015

Hossein Sabet Baktash (Born in Mashhad) is an Iranian billionaire businessman and Persian carpet dealer who owns Sabet International Trading Co.. Sabet has a BSc in engineering and resides in Berlin, Germany.Sabet International Trading Co. has numerous subsidiaries such as the Sabet Hotels Group, notable for owning many hotels in Kish Island, including the Dariush Grand Hotel and 11 hotels in Europe including many on the Canary Islands. Sabet also owns the Kish Dolphinarium and an amusement park on the island. Koroush Hotel will be 7 star and will cost $520 million and will have 500 rooms, 23 floors in an area of 100,000 square meters. The hotel is set to be complete in October 2009.Sabet also has a 25% share of Qeshm Air. 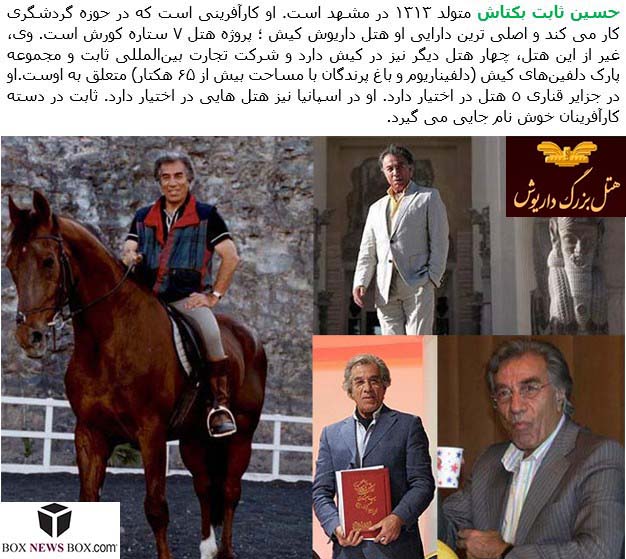