The richest Persians in Iran 2015

Asgar-Oladi was born to a merchant family. His ancestors converted from Judaism to Shia Islam.Asgar-Oladi is amongst the world’s wealthiest Iranians, and was named the third richest Iranian in the world and is the second wealthiest in Iran, with an estimated wealth in excess of $9 billion.His business empire dates back to the 1970s and, since then, Asgar-Oladi has become one of the leading exporters of dried fruits, nuts and spices from Iran.Asgaroladi is the president of Hasas Co. which is the leading exporter of nuts and pistachios from Iran since 1953. Asgaroladi increased his wealth dramatically in the 90’s when there were two official exchange rates for the US dollar. 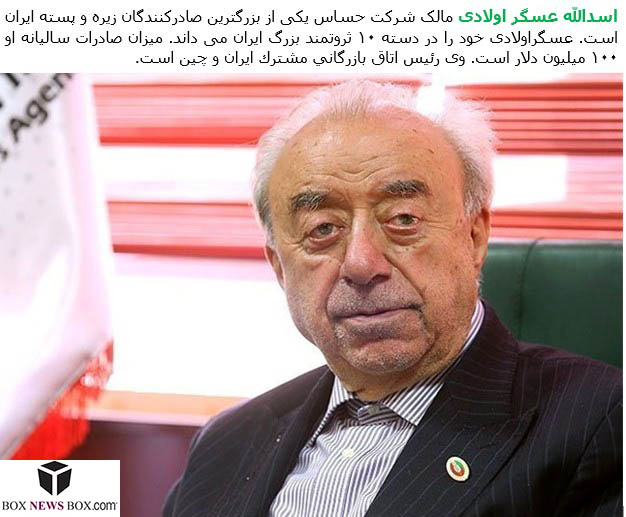