most awkward greetings of world leaders

Monday’s historic but stilted handshake between China’s president, Xi Jinping, and the Japanese prime minister, Shinzo Abe, in Beijing could mark the beginning of a thawing in relations between the two countries. But the hostile body-language between the two men suggest tensions still run deep and not just because disputed claims about uninhabited islands in the east China sea. 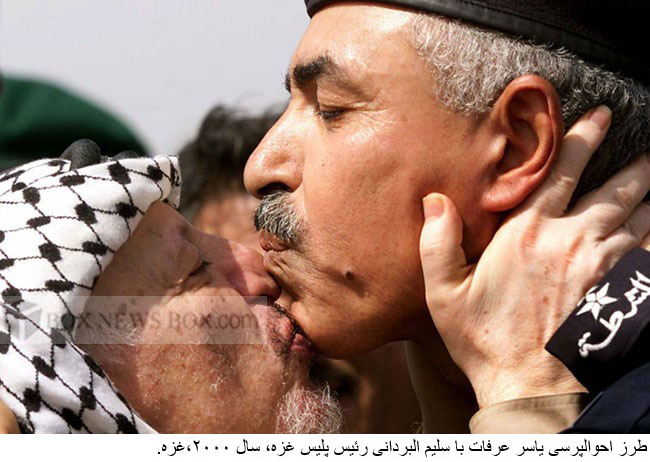 We’re not sure how well Palestinian leader Yasser Arafat and Gaza’s deputy commander of police Salim Al-Bourdani had choreographed this July 2000 greeting/smoochfest.