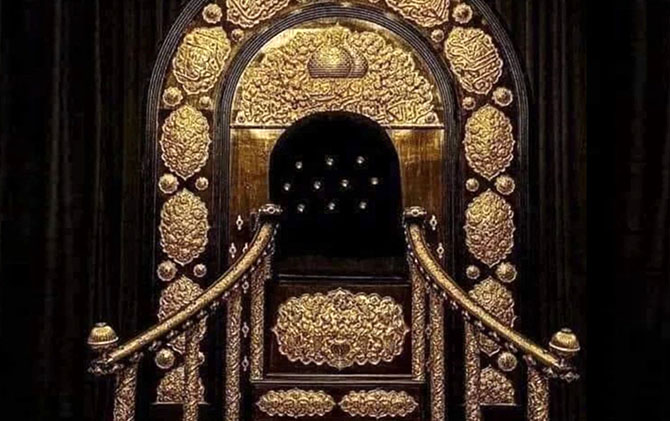 Mosque officials said that the opening of the minbar coincided with the anniversary of the death of Fatima al-Zahra, the daughter of the Prophet Muhammad, may God’s prayers and peace be upon him, and the opening ceremony included poems explaining the reason for resorting to making a minbar from gold.