Actresses that shaved their heads

Cynthia Nixon is best known for her role on Sex and the City, playing Miranda Hobbes, the career-oriented friend of Carrie Bradshaw. Aside from television, Nixon is also an accomplished stage actress, and she shaved off her red hair a few years ago for a role in the Broadway play Wit. 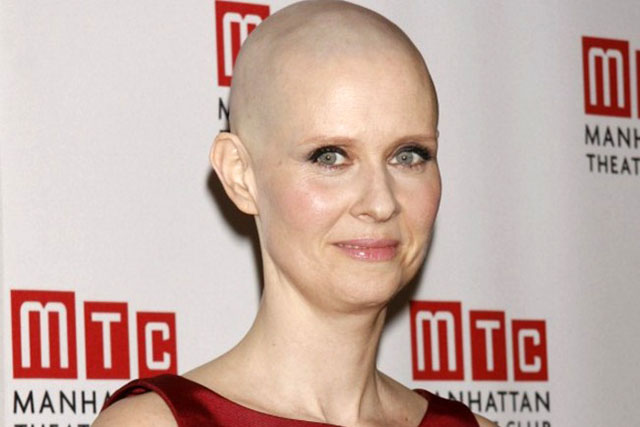