The richest Persian-Jewish Men in the world 2018

The Ghermezian family is a family who have developed several of the world’s largest shopping malls. The family’s estates include the Mall of America in Bloomington, Minnesota and the West Edmonton Mall in Edmonton, Alberta. In 2011, the family’s Triple Five Group acquired the troubled Xanadu Meadowlands project in New Jersey. Triple Five renamed the project American Dream Meadowlands and announced a major expansion and revamping of the under-construction mall, now expected to open in 2019. 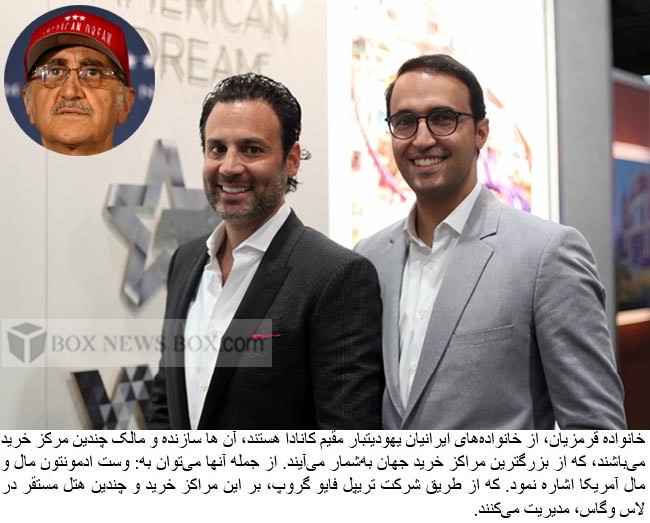