The richest Persian-Jewish Men in the world 2018

David Alliance, Baron Alliance, CBE (born 15 June 1932) is a businessman and Liberal Democrat politician. David Alliance (originally Davoud) was born in Kashan, to a Jewish family and was educated at the Etahad School. He began his career in the bazaars at the age of fourteen and by the age of eighteen moved to Manchester, England. He has three children and five grandchildren, and now lives in Manchester and London. 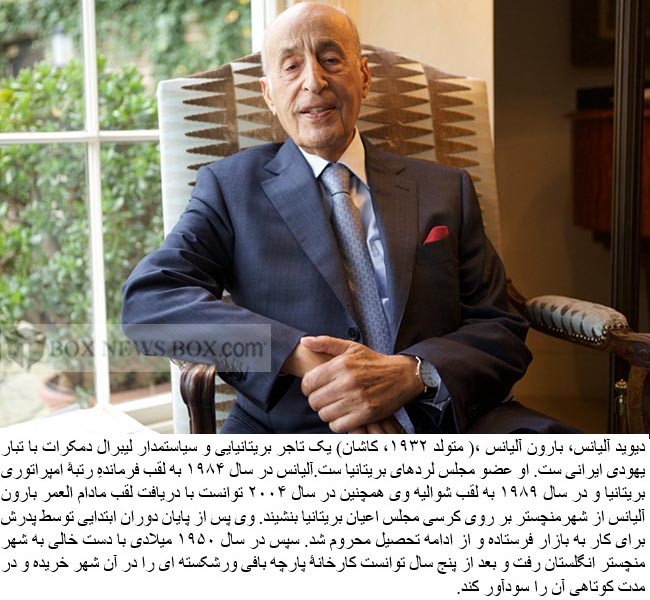