Photos of “Camelia Entekhabifard” the editor-in-chief of Independent Persian 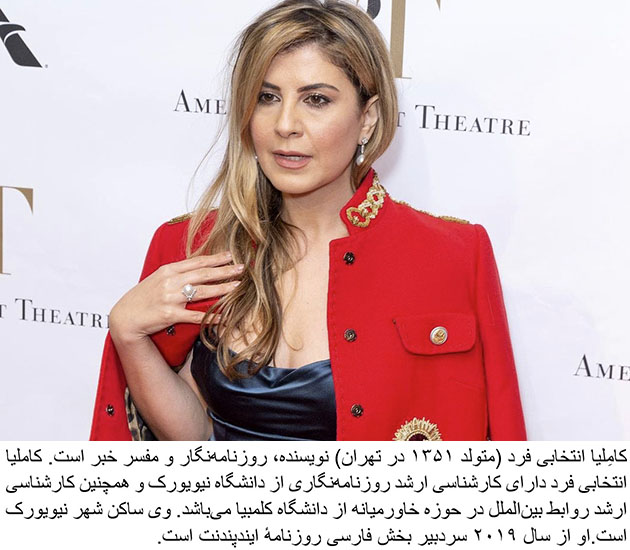 Camelia Entekhabifard (born 1973) is a journalist and author who now lives in New York City. Initially interested in poetry and painting, she became a journalist for the daily Zan. In 1999 she conducted research on women earning money in the city of Qom, a center for Shi’a scholarship and pilgrimage, by engaging in temporary marriage with pilgrims and religious scholars, in what she called a thinly veiled form of prostitution.