The Richest Persian Men by net worth 2015

Arash Ferdowsi born October 7, 1985 is an Iranian-American entrepreneur. He is co-founder and chief technology officer (CTO) of Dropbox.Arash is a 2004 graduate of Blue Valley Northwest High School in Overland Park, Kansas.Ferdowsi attended Massachusetts Institute of Technology where he dropped out in his last year to focus on his business.Ferdowsi launched Dropbox in June 2007 with his business partner, Drew Houston, at Massachusetts Institute of Technology. In September 2007 Ferdowsi moved his company to San Francisco and raised venture capital from Sequoia Capital, Accel Partners, Y Combinator, and a handful of individual investors. 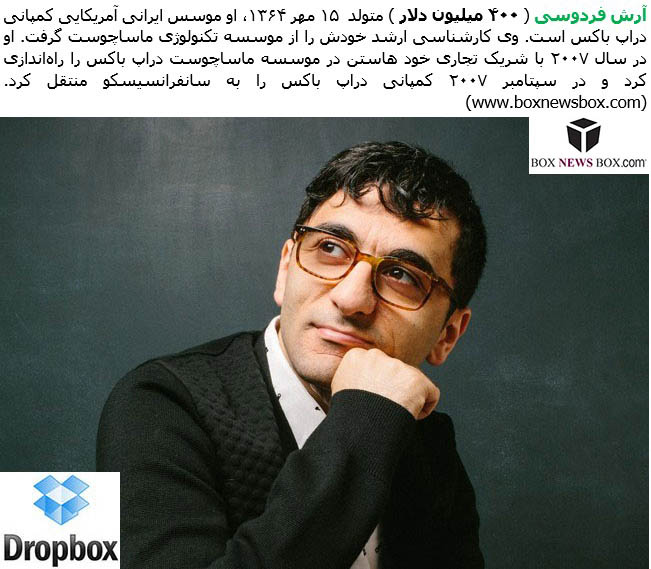