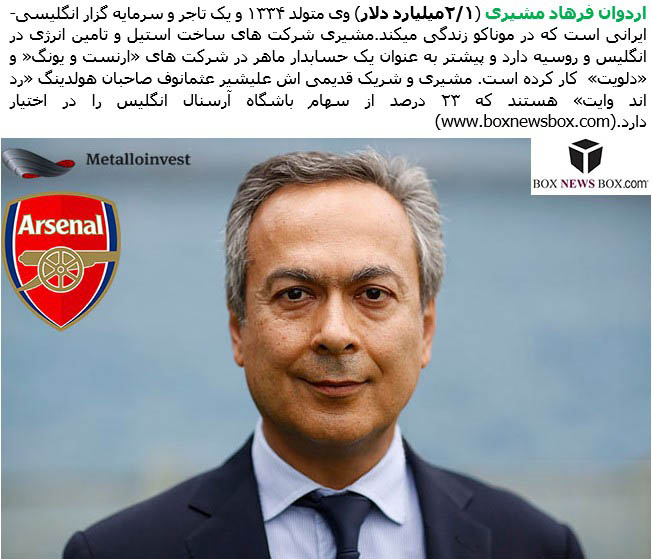 Ardavan Farhad Moshiri  born 18 May 1955 is a British-Iranian businessman and investor, who resides in Monaco. Moshiri owns and has shares in numerous steel and energy companies in the UK and Russia. Moshiri is a chartered professional accountant and previously worked for Ernst & Young, PKF and Deloitte. Moshiri and longstanding business partner Alisher Usmanov are co-owners of Red & White Holdings, which bought 14.65% of the shares in Arsenal Football Club from former club vice-chairman David Dein in August 2007. On 18 September 2007, Red and White Holdings increased their stake in Arsenal to 21%, and on 28 September 2007 to 23%, a week after Moshiri announced that he wanted at least a 25% holding in the football club.