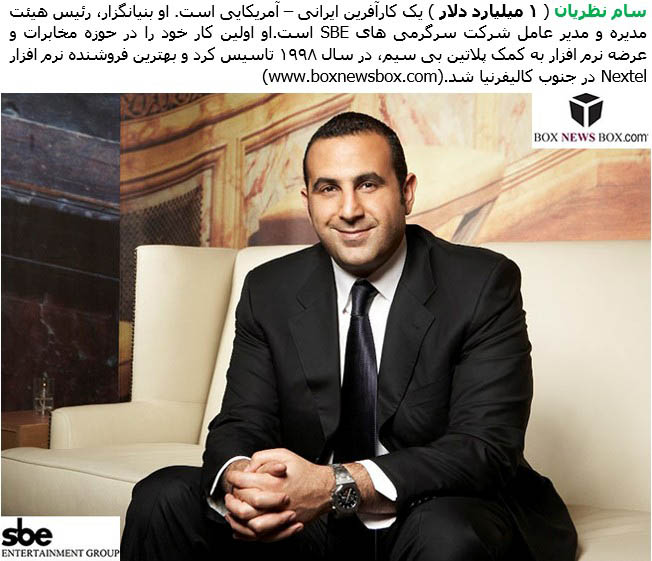 Sam Nazarian is an Iranian-American entrepreneur. He is the Founder, Chairman and CEO of SBE Entertainment Group.His first entrepreneurial venture was in 1998, when he founded Platinum Wireless, a telecommunications business specializing in the distribution of Nextel software. Within one year of its founding, Platinum Wireless was the number one Nextel distributor in Southern California. He then entered the world of real estate by diversifying his family’s assets into real estate holdings, beginning with the establishment of 3Wall Development in 1999. Nazarian’s SBE brand has also been featured on episodes of The Hills. Nazarian owns the Hyde Lounge at Staples Center in Los Angeles and he also owns the Hyde at AmericanAirlines Arena in Miami. In 2014, SBE agreed to lease the top two floors of 5900 Wilshire in Los Angeles.