The Richest Persian Men by net worth 2015

Nasser David Khalili, KCSS, KCFO, PhD, born 18 December 1945 in Esfahan is a British-Iranian renowned scholar, collector and philanthropist based in London. He holds British citizenship. After completing his schooling and national service in Iran he moved to the United States of America in 1967, where he continued his education. In 1978 he settled in the United Kingdom. The Khalili Collections will be fully represented in a series of 88 books, including exhibitions catalogues of which 70 have already been published. These eight collections have been shown in over 40 major museums worldwide. Furthermore, The Khalili collections have also been major contributors to more than 50 international exhibitions. 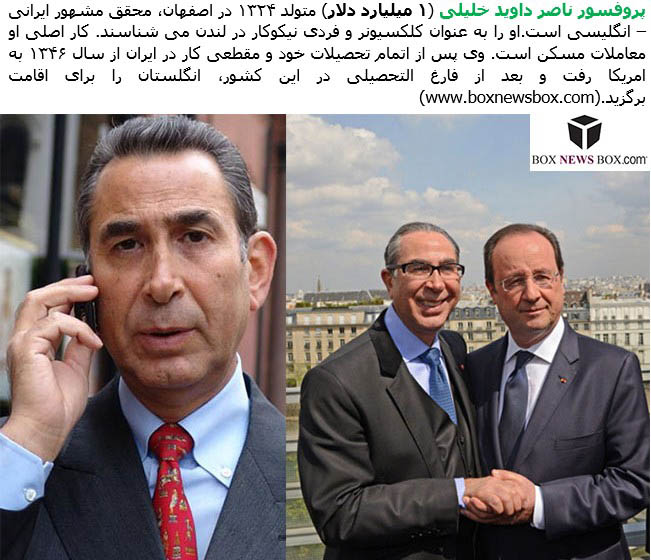