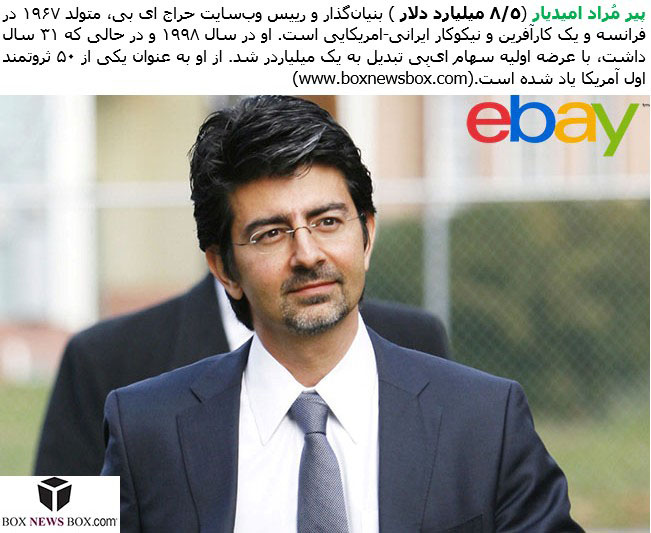 Pierre Morad Omidyar born June 21, 1967 is a French-born Iranian-American entrepreneur and philanthropist. He is the founder and chairman of the eBay auction site. He became a billionaire at the age of 31 with eBay’s 1998 Initial Public Offering (IPO). Since 2010, Omidyar has been involved in online journalism as the head of investigative reporting and public affairs news service Honolulu Civil Beat. In 2013, he announced that he would create and finance First Look Media, a journalism venture to include Glenn Greenwald, Laura Poitras, and Jeremy Scahill. In 1995, at the age of 28, Omidyar began to write the original computer code for an online venue to enable the listing of a direct person-to-person auction for collectible items.