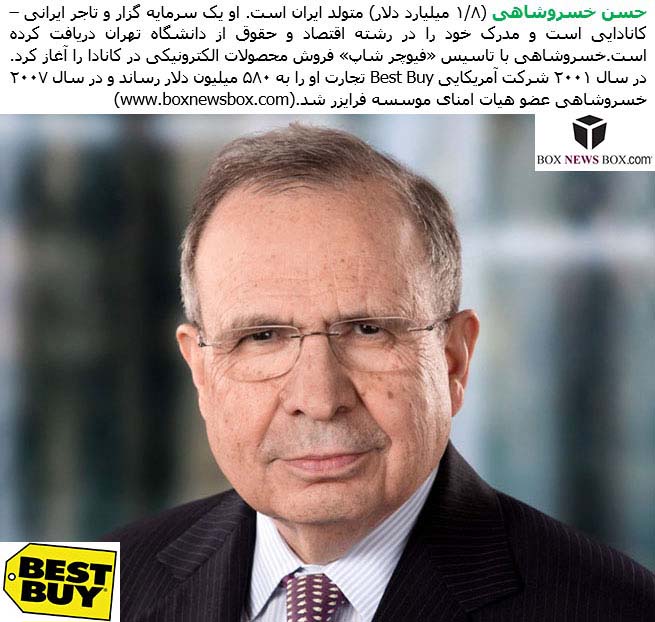 Hassan Khosrowshahi is an Iranian-Canadian business magnate, investor, and philanthropist. Born in Iran, Khosrowshahi earned degrees in economics and law from the University of Tehran. He and his family founded the Persis Group of Companies in 1981, focusing initially on retailing and real estate and then on pharmaceutical and entertainment industries. In 2012 he received the Order of British Columbia for his entrepreneurial and philanthropist career, being an immigrant from Iran to Canada, he personifies the ‘great Canadian dream. In 1982, Khosrowshahi founded Canadian electronics retailer, Future Shop. The chain expanded throughout western Canada and Ontario in the late 1980s and early 1990s. In March 2001, American-based Best Buy acquired Future Shop for C$580 million. In April 2007, Khosrowshahi became chairman of The Fraser Institute’s board of trustees.