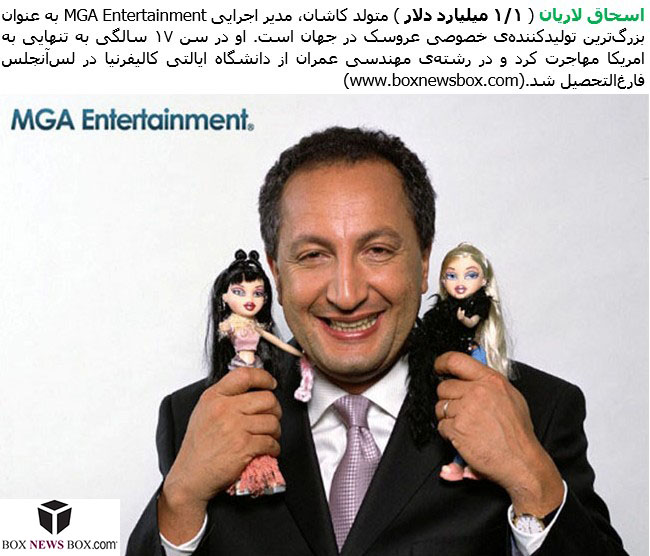 Isaac Larian  born March 28, 1954 in Kashan, homeland is the Chief Executive Officer of MGA Entertainment, the biggest privately owned toy company in the world. Born to a Jewish family in Iran,Larian arrived to the United States alone at the age of 17. After graduating from California State University, Los Angeles in civil engineering, he started a business exporting electronic goods. Later in 2000, he expanded the company to include the creation, development and marketing of the Bratz doll. Currently his third child doesn’t have a Bratz doll, but that can change with the next release.He was named Ernst & Young Entrepreneur of the Year Award for the consumer products category in 2004. He was also named the overall national Ernst & Young Entrepreneur of the Year in 2007. His motto, “Fortune favors the bold” is displayed throughout MGA’s building.