The singer and musician Shadmehr Aghili and Wolf Dog in the U.S

He has worked at the IRIB (the official broadcasting of Iran) for a while. He released his cassette album Bahar e Man (My Spring) in 1997, an instrumental music album where he played piano, guitar and violin. The album Fasl e Ashenayi (Season of Acquaintance) in 1998, was another great effort with a number of collaborations. The follow up Mosafer (Traveler) was also well received by the public. 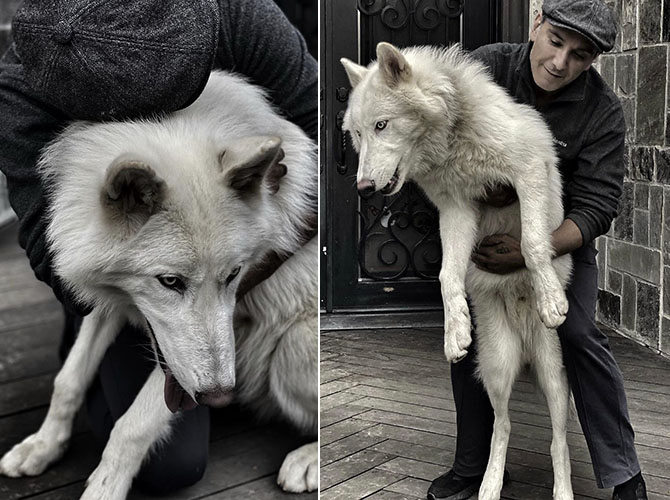