Hillary Clinton 2008 campaign spokesman Howard Wolfson said President Barack Obama had “lifted rhetoric” from Massachusetts Gov. Deval Patrick. “If your whole candidacy is about words, then they should be your own words,” then-Sen. Clinton said about Obama at the time. “That’s what I think.” Obama admitted that he used some of Deval’s words at a Jefferson-Jackson dinner in Wisconsin. “Deval and I do trade ideas all the time, and you know he’s occasionally used lines of mine,” Obama said. “I would add I’ve noticed on occasion Sen. Clinton has used words of mine as well,” Obama added. “As I said before, I really don’t think this is too big of a deal.” 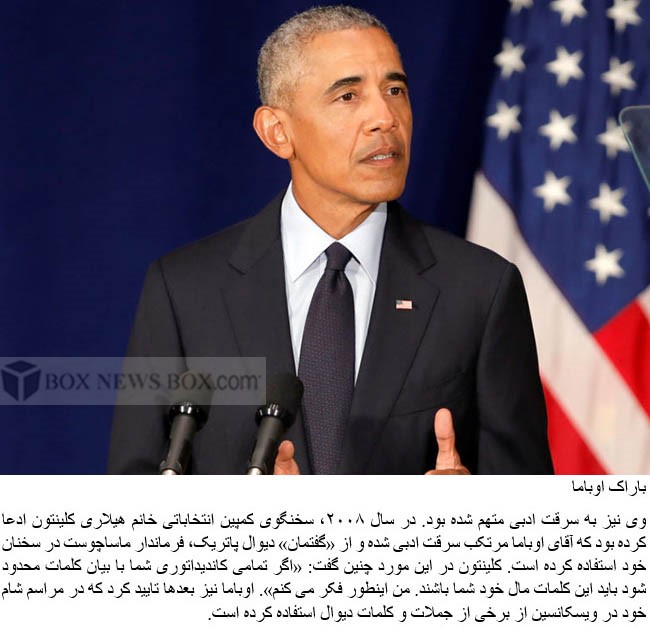