Romania’s government became the object of international criticism after Ponta was accused of plagiarizing his doctoral thesis. Ponta dismissed the accusation as a political attack from President Traian Basescu. In 2014, he handed back his doctorate after a panel of Bucharest University academics ruled that he had plagiarized much of his 2003 Ph.D. thesis on the International Criminal Court. 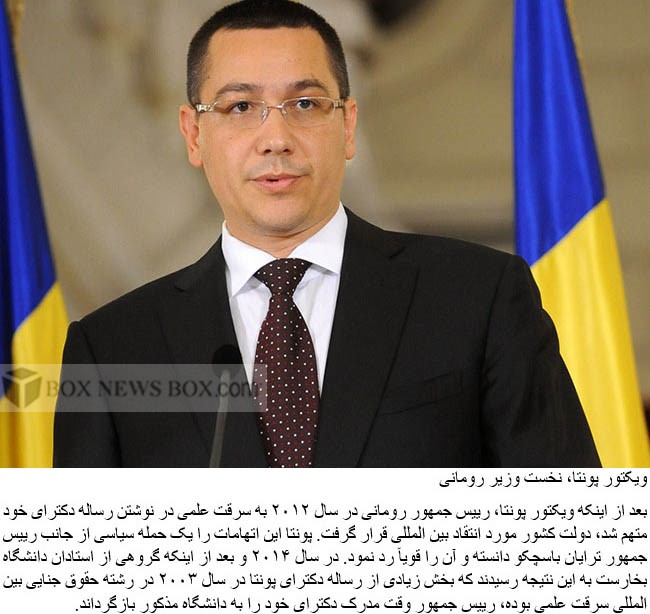