Schmitt, a former Olympic fencing champion, wrote his dissertation in 1992 for the University of Physical Education, which is now part of Semmelweis University in Budapest.
In January 2012, the Hungarian HVG weekly reported that a large part of Schmitt’s dissertation was copied, and a university investigation confirmed that more than 200 pages of the 215-page document showed “partial similarity” to other works, or were direct translations. The university stripped the president of his doctorate, and he announced his resignation to the Hungarian Parliament on April 2, 2012. 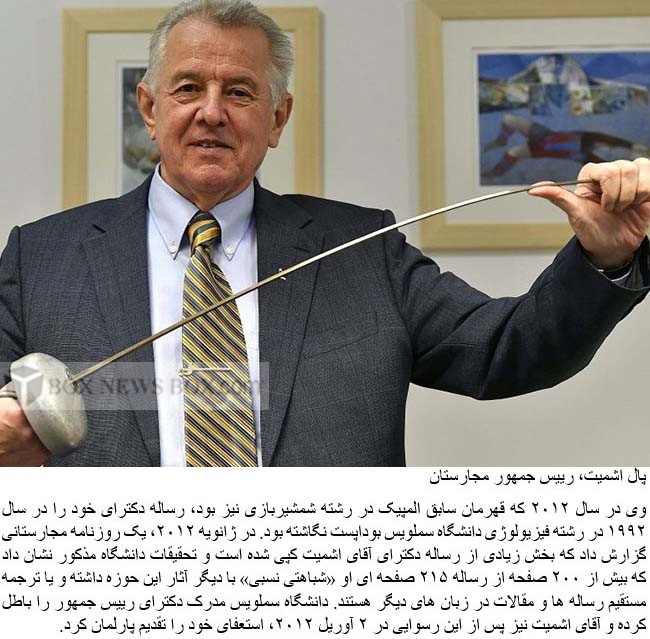