Paul has been the subject of several plagiarism scandals — surrounding both his speeches and his book. The first was highlighted when MSNBC’s Rachel Maddow pointed out that a speech he made in 2013 was lifted directly from the Wikipedia page of the film “Gattaca”. BuzzFeed also reported that he did the same in another speech, pick pocketing from “Stand and Deliver.” They went on to report that Paul’s book “Government Bullies” was heavily plagiarized without attribution — highlighting passages stolen from Forbes, the Cato Institute, and the Heritage Foundation. 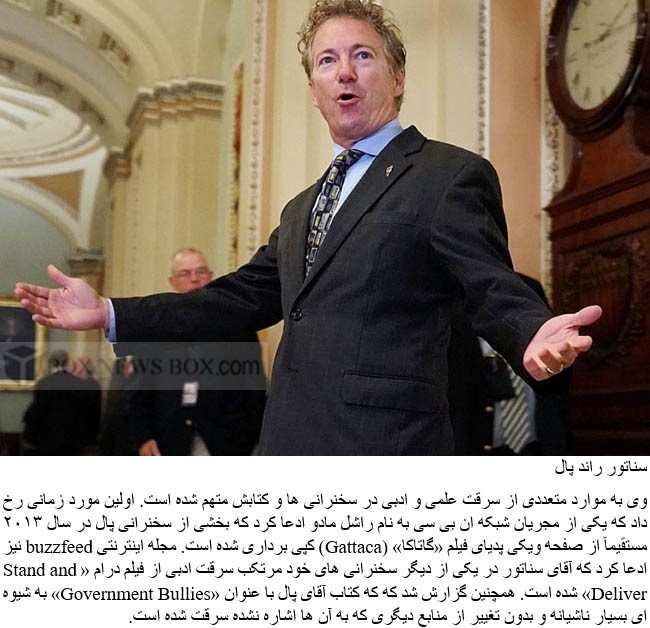