Nima Behnoud  is an Iranian-American fashion designer based in New York City. He is the first fashion designer who implemented Persian calligraphy in a form of clothing.Today Nima and his team are involved with every aspect of production that a piece of garment goes through, and they maintain an m.o that is important to them, which is to keep each garment individual, thus the owner of each work holds one unique piece. Today celebrities such as Heidi Klum, Nicky Hilton, Jim Carrey, Pras of Fugees and Kevin Spacey wear these t-shirts and major publications including Vogue, Maxim, Washington Times have written about NIMANY. 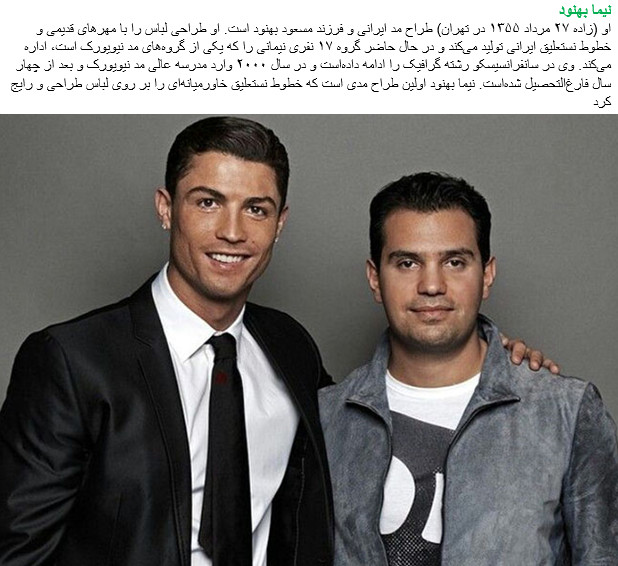