Pegah Anvarian is an Iranian-American fashion designer from Dallas, Texas that made her fashion debut in 2005. Her work has shown at Los Angeles Fashion Week and Anvarian currently resides in Los Angeles, where she works as the creative director for Three Dots .The Iranian-American Pegah Anvarian had learned how to sew at the young age of six years old. She then started designing at the age of eight. She began a year tour with the B-52’s as the stylist. This career allowed her to relocate back to New York City, and this is when she decided that she wanted to design her own line. She is best known for her self-taught draping skills and for her jersey tops and dresses. She had no previous experience, but it was her entrepreneurial mindset that allowed her to create her own pieces and designs. 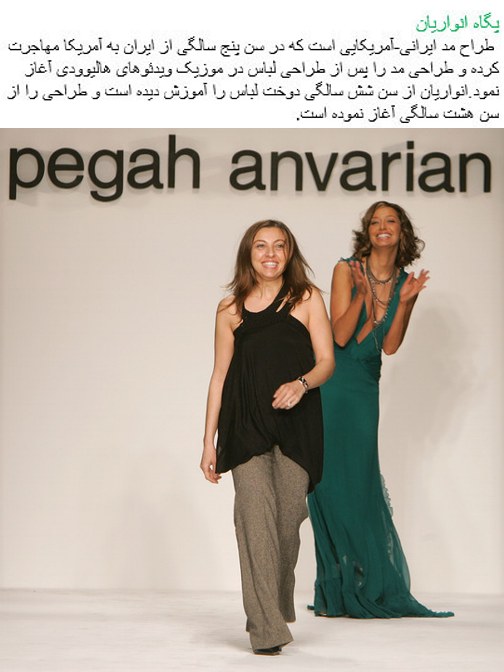