hamansutra is the fashion label of Haman Alimardani (born 1977 in Tehran). Alimardani is a Persian-German fashion designer, graphic designer and DJ. He lives and works in New York.Haman Alimardani comes from the third generation of a Persian family of chefs, restaurateurs and gourmets. He and his four siblings grew up in Tehran, New York and Munich. Alimardani speaks fluent German, English and Persian. Music and art played major roles in his youth; he rapidly attained status in both fields in the Munich scene, as a respected graffiti writer and club DJ for soul, house and rap music. In 1993 the artists’ group of which Alimardani was a member received artistic funding from the City of Munich. 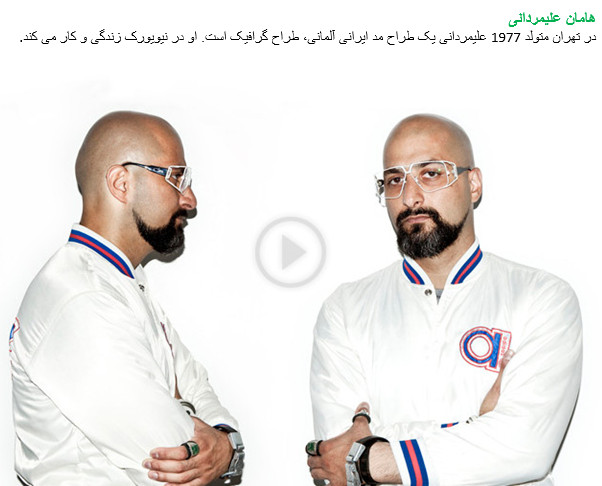