Gorgen Ray Aghayan (July 28, 1928 – October 10, 2011) was a costume designer in the United States film industry. He won an Emmy Award in 1967 with his partner Bob Mackie for his work in Alice Through the Looking Glass. Aghayan was also nominated for an Academy Award for Costume Design three times for his work in “Gaily, Gaily” in 1970, “Lady Sings the Blues” in 1973 and “Funny Lady” in 1976. He was also responsible for designing the costumes for the opening and closing ceremonies of the 1984 Summer Olympics held in Los Angeles.Aghayan was the lifetime partner of costume designer Bob Mackie for nearly 50 years. 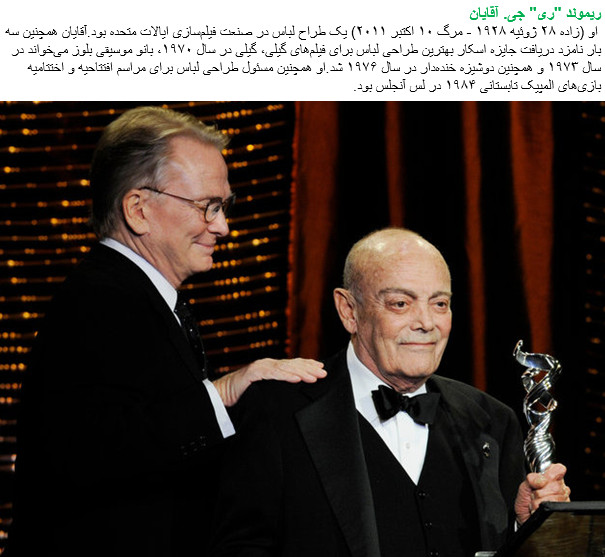