It’s a really good thing the Syrians are being backed up in the air by Russians because, if they didn’t, the Syrian Civil War would last a lot longer than it already has. Almost every other power present in the region violates Syrian sovereignty on a near-daily basis. Israel, Turkey, and even Denmark have entered Syrian airspace, with Israel and Turkey both scoring air-to-air kills against Syrian Sukhoi fighters old enough to have fought against the US in Vietnam. It’s also not great to be an airman in the Syrian Air Force. Besides getting shot down by everyone (including a US F/A-18 Super Hornet), Syrian fighter pilots face advanced surface-to-air missiles their airframes are not prepared to evade, they accidentally veer into neighboring countries (even getting shot down in Israeli airspace), and were the first target of President Trump’s retaliatory strike for the Syrian military’s use of chemical weapons. 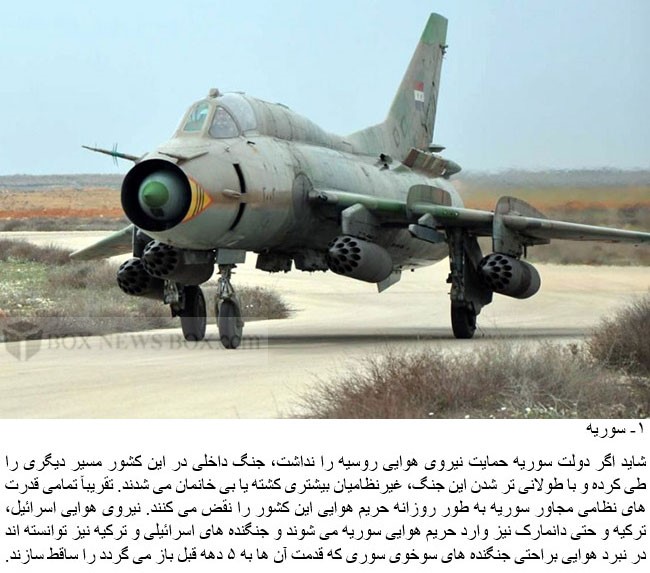