So, after fighting four pitched wars against India and losing all of them, prioritizing air power would seem to be the way forward if Pakistan was still going to rattle the saber every so often. RAND Corporation studies still declare that the Indian Air Force would have air supremacy in any war against Pakistan. Only very recently has Pakistan decided it would be best to upgrade their fighter aircraft. So, in a joint venture with China, they created a bargain-basement version of the F-16, the JF-17 Thunder, which now makes up the bulk of the PAF. 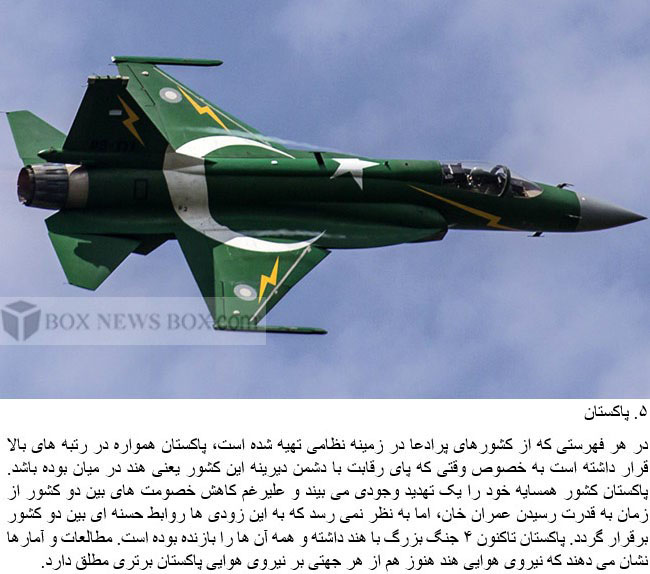