The F-14s flown by Iran these days were first introduced under President Richard Nixon. Don’t get me wrong, Iran’s air force should be given props (see what I did there?) for keeping the aging fleet airborne. Iran’s F-14s were purchased by the Shah or Iran and, when he was overthrown, the US wasn’t exactly keen on providing spare parts to the Islamic Republic. They were able to kick ass against Saddam Hussein’s Iraqi air force in the Iran-Iraq War, but that was then and this is now. In fact, Iran is just using F-5s as a blueprint to Frankenstein “new” fighters from its old garbage — most of which is leftover from the Shah or was captured from the Iraqis. Even the IRIAF’s ejection seats can’t save its pilots. 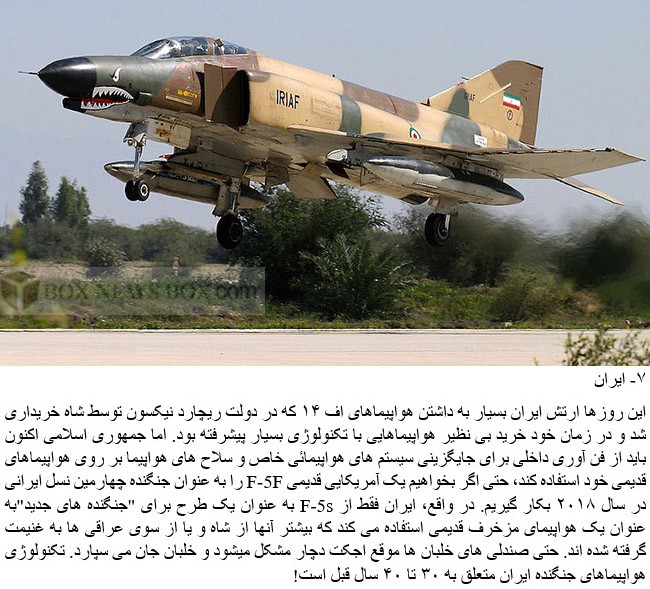