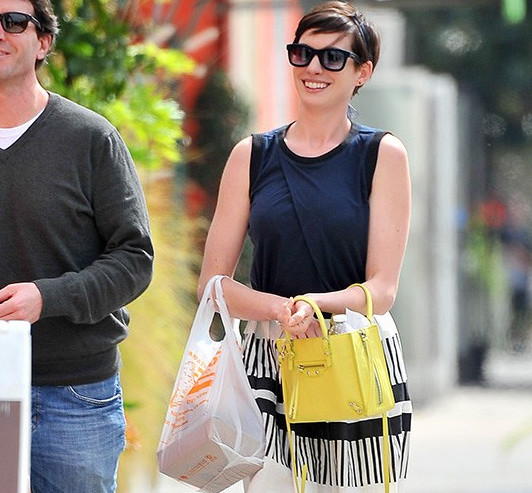 8. ANNE HATHAWAY – Brand: Balenciaga Papier A4 Mini Tote – Price: $1,195
Anne Hathaway an American actress who has an estimated net worth of $15 million. Her first big screen gig also proved to be her breakthrough, Anne Hathaway became a familiar face to millions of moviegoers thanks to her starring role in Garry Marshall’s 2001 hit The Princess Diaries.