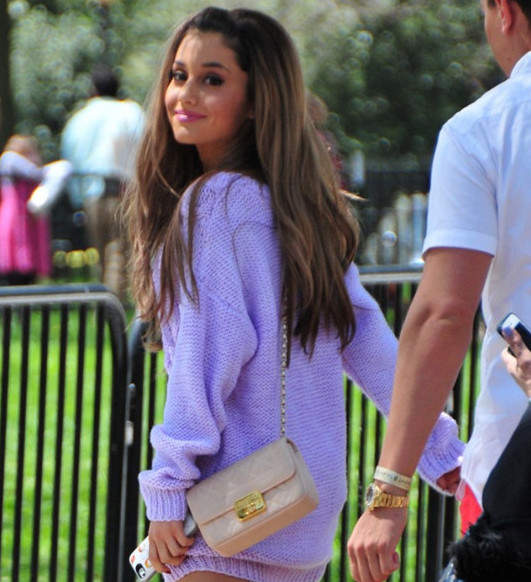 3. ARIANA GRANDE – Brand: Chanel Flap Bag – Price: $2,900
Ariana Grande-Butera born June 26, 1993 known professionally as Ariana Grande is an American singer, songwriter, and actress. Grande’s music career began with the soundtrack Music from Victorious (2011). She signed a recording contract with Republic Records, which released her debut studio album, Yours Truly (2013), which debuted at number one on the U.S. Billboard 200.