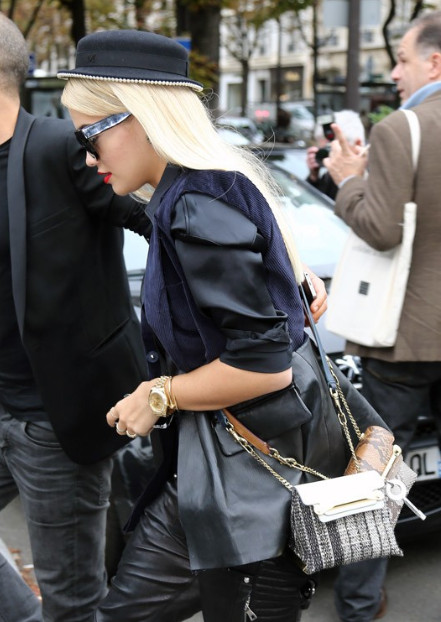 1. RITA ORA – Brand: Chloe Clare Snakeskin Mini Bag – Price: $3,900
Rita Sahatçiu Ora born 26 November 1990 is a British singer, songwriter and actress. The album contained the UK number-one singles “R.I.P.” and “How We Do (Party)”. After reaching the peak position as a featured act on DJ Fresh’s “Hot Right Now”, Ora became the artist with the most number-one singles on the UK Singles Chart in 2012, with three consecutive singles reaching the top position.She was nominated for three Brit Awards at the 2013 ceremony.