A 1907 Harley-Davidson Strap Tank recently sold for US$650,000 during a sale held by Mecum Auctions. These earliest Harley-Davidson ‘strap tank’ models are the rarest and most coveted of all Milwaukee machinery, and this 1907 model is one of the first 207 built, including the prototypes. The serial number (#2037) suggests it is the 37th Harley-Davidson built in 1907, making it the company’s 94th machine ever built, including the two prototypes. This machine, #2037, is widely considered the best unrestored ‘strap tank’ Harley in the world and was purchased from the Leo Bongers estate auction in David City, Nebraska, in January 1993. 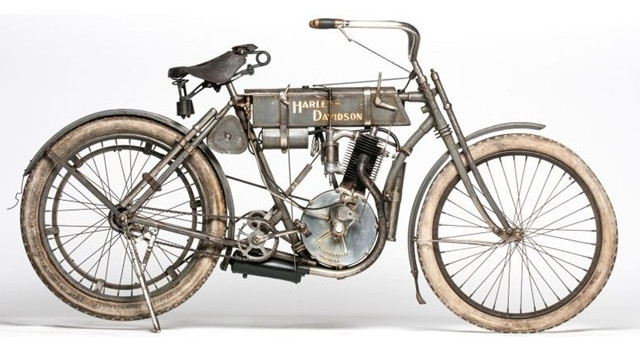