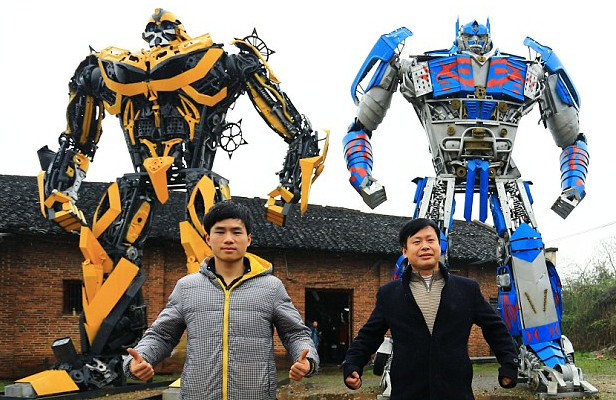 A father and son team have created replicas of the Transformers

Peasant farmer Yu Zhilin and his son Yu Lingyun use pieces of scrap metal they have collected from disused cars in Hengyang in China to construct huge robots, similar to the characters of Optimus Prime and Bumblebee who appeared in the multi-million pound films. They have just sold an army of the metal robots for almost one million RMB (£110,0000) constructed in their own makes The pair join a cult of Chinese people who have started making replicas of the metal robots that have earned such notoriety in the country. Last year a team of farmers in Xiaoye, a village in the eastern Shandong province, began making the models at a cost of around $16,000 (£11,000) and selling them to property developers who have installed them in shopping malls in China. hift workshop. 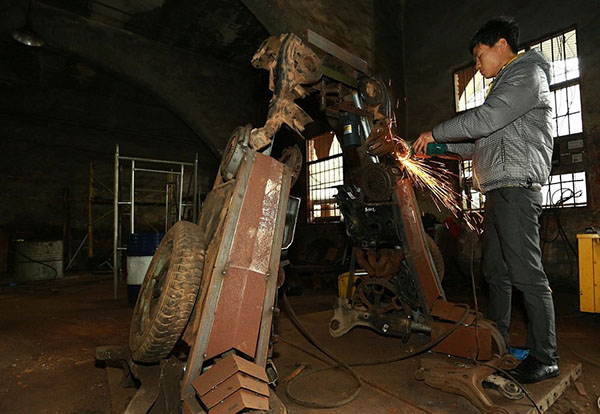 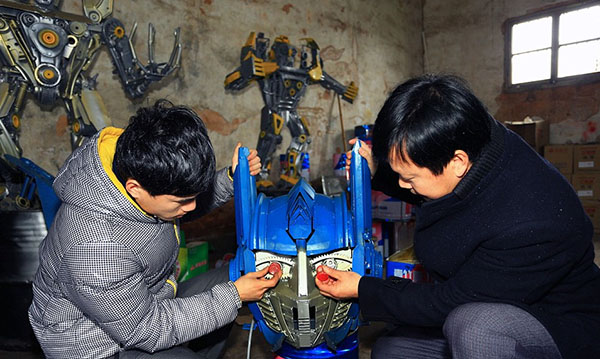 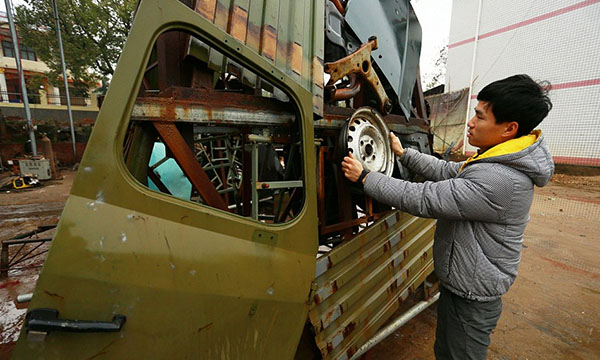 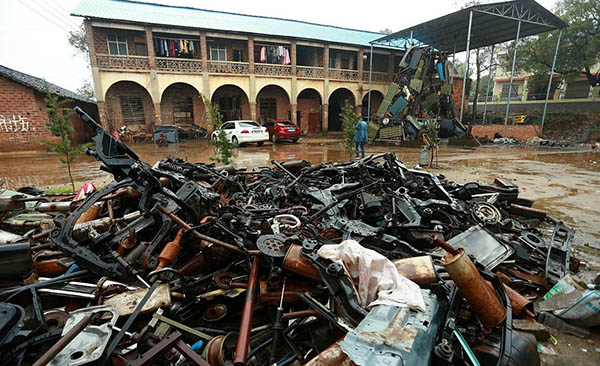 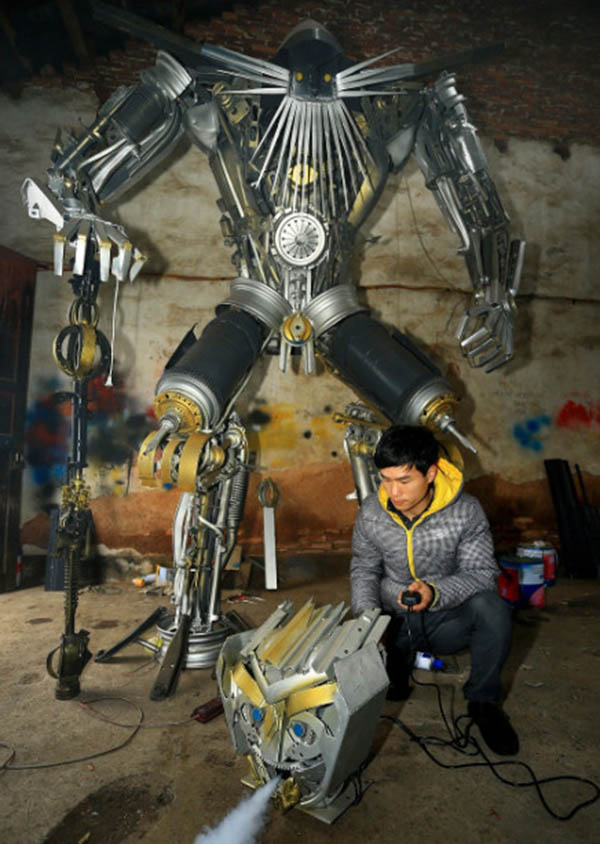 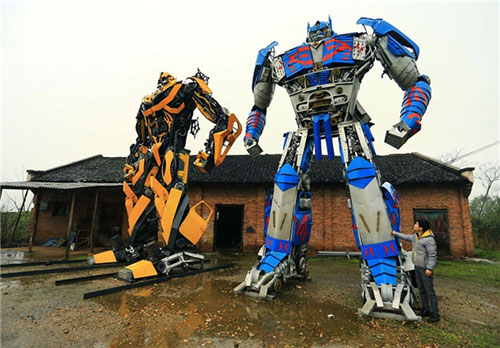 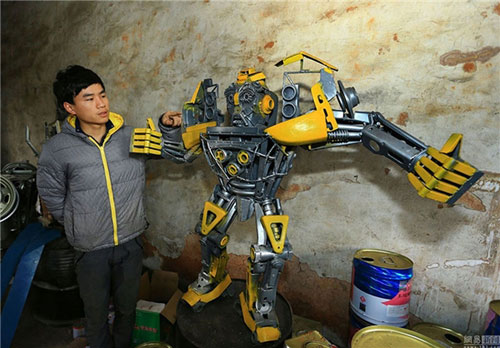