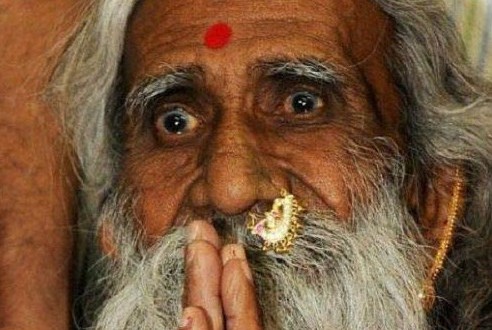 Prahlad Jani, also known as “Mataji”, (born Chunriwala Mataji, 13 August 1929) is an Indian sadhu. He claims to have lived without food and water since 1940, and says that the goddess Amba sustains him. At the age of , Jani underwent a religious experience and became a follower of the Hindu goddess Amba. From that time, he chose to dress as a female devotee of Amba, wearing a red sari-like garment, jewellery and crimson flowers in his shoulder-length hair. Jani is commonly known as Mataji (“[a manifestation of] The Great Mother”). Jani believes that the goddess provides him a liquid sustenance or water, which drops down through a hole in his palate, allowing him to live without food or water. Since the 1970s, Jani has lived as a hermit in a cave in the rainforest near the Gujarati temple of Ambaji, awakening at 4am each day and spending most of his time meditating. 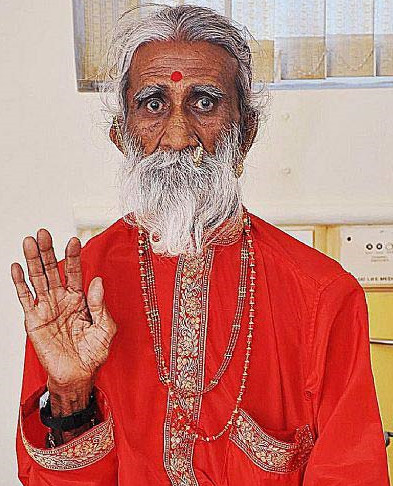 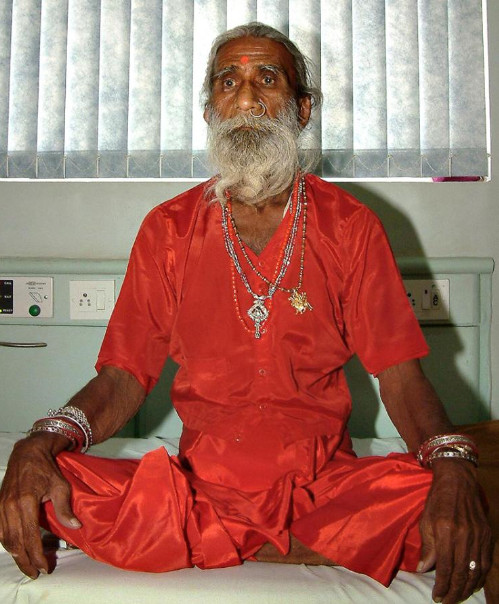 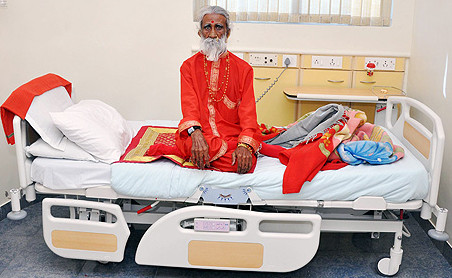 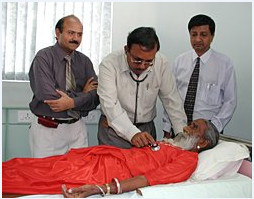