A pickup full of money

There have been conflicting reports about a truck filled with bags of money totaling 8 billion tomans was spotted due to a accident in the kahkiluye province. ANA news agency first reported the news and continued to say, that there where no reports of bank robberies in the area. On the other hand khabaronline several days later reported that this news is all rumors and not true and that the local officials are not aware of any such incident. 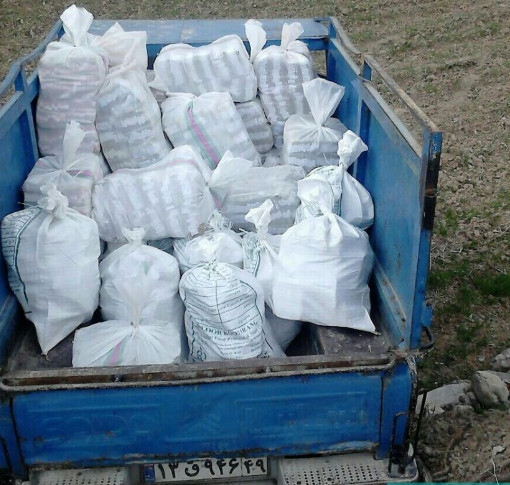 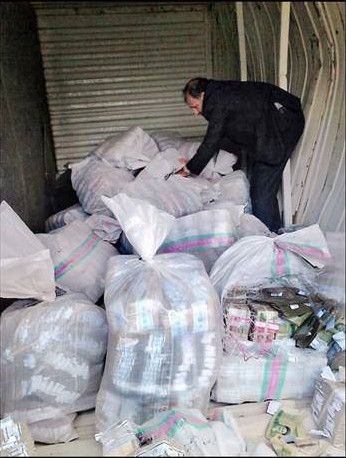 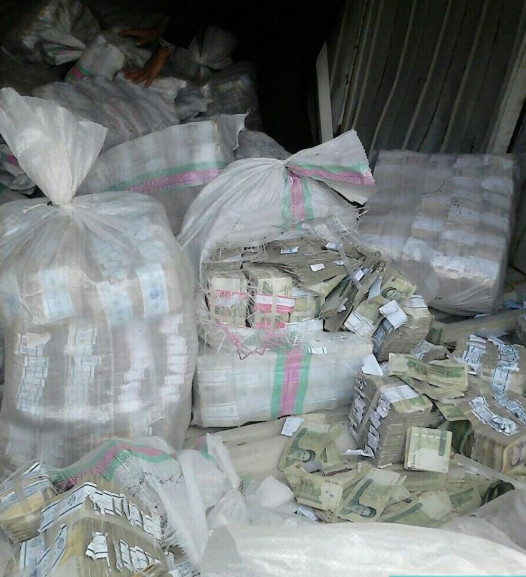 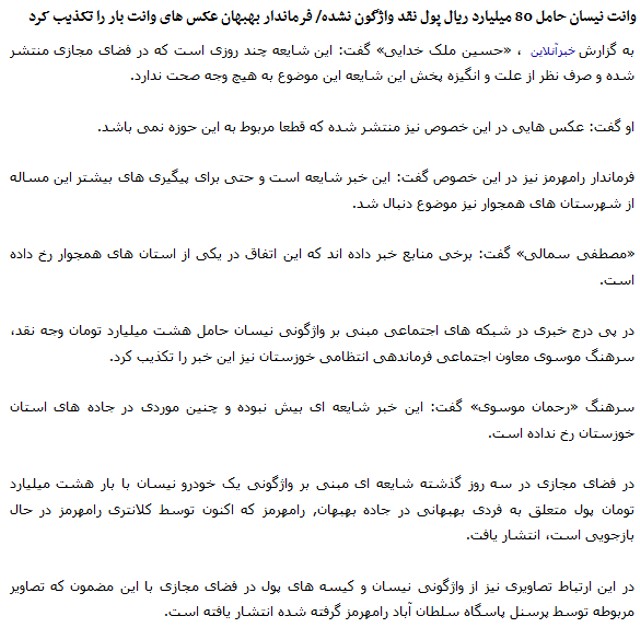