Ali Daei’s 52 birthday in the capital 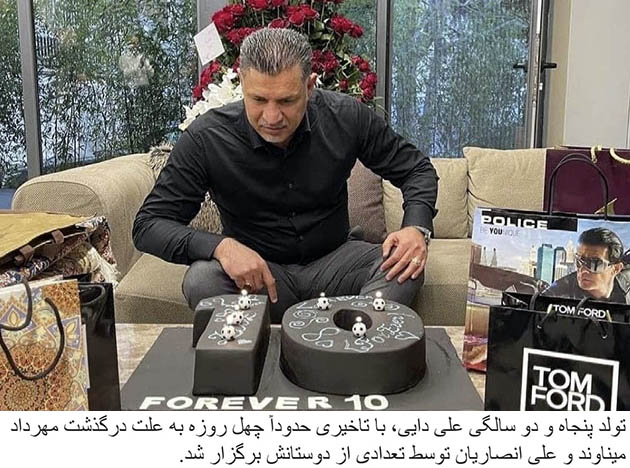 Ali Daei (born 21 March 1969) is a former professional footballer, football manager and businessman. A striker, he was captain of the national football team between 2000 and 2006, and played in the German Bundesliga for Arminia Bielefeld, Bayern Munich and Hertha Berlin. A tall forward, Daei was a prolific goalscorer, and was known for his heading accuracy and ability in the air.