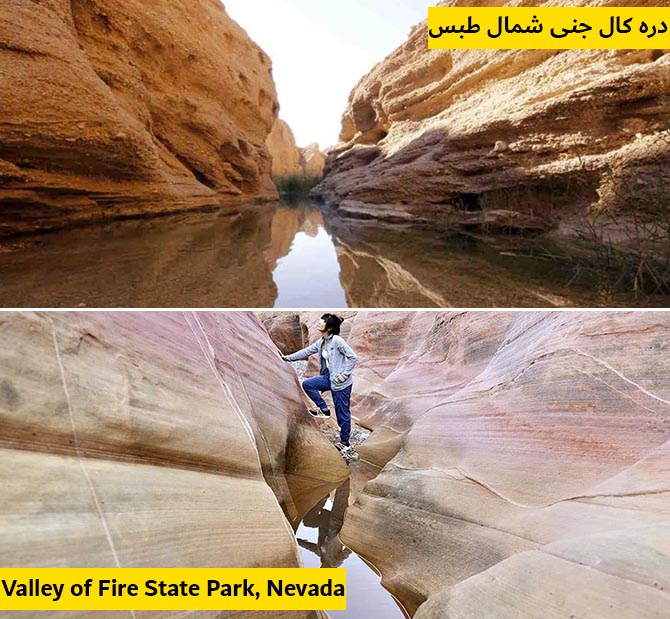 Valley of Fire State Park is a public recreation and nature preservation area covering nearly 46,000 acres (19,000 ha) located 16 miles (26 km) south of Overton, Nevada. The state park derives its name from red sandstone formations, the Aztec Sandstone, which formed from shifting sand dunes 150 million years ago. These features, which are the centerpiece of the park’s attractions, often appear to be on fire when reflecting the sun’s rays. It is Nevada’s oldest state park, as commemorated with Nevada Historical Marker #150. It was designated as a National Natural Landmark in 1968.