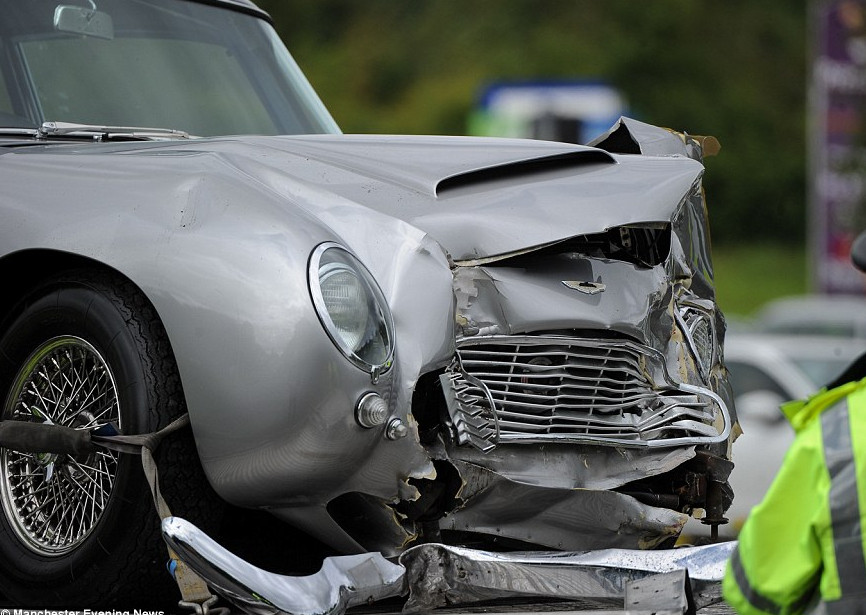 This was the scene after a £1million Aston Martin DB5 – similar to the one driven by James Bond in the 007 classic Goldfinger – was written off in a crash.The luxury car was reduced to a mangled wreck after being involved in a smash with a Vauxhall Astra near Manchester Airport this afternoon.The man driving the Aston Martin and his four-year-old son were taken to hospital with injuries. 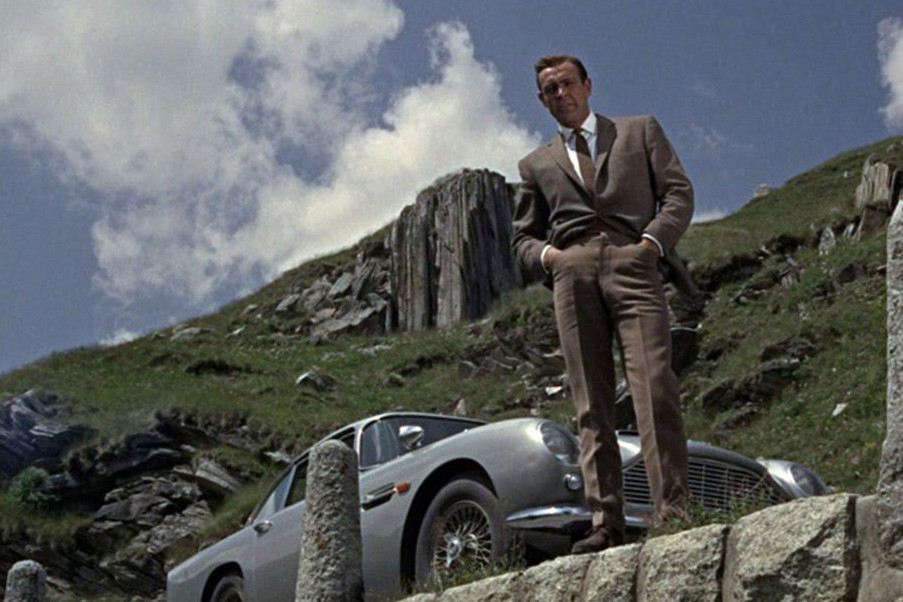 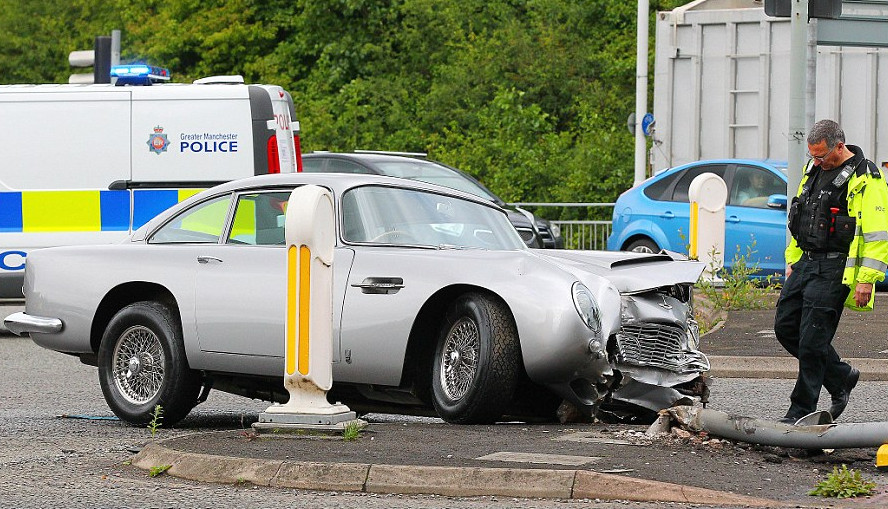 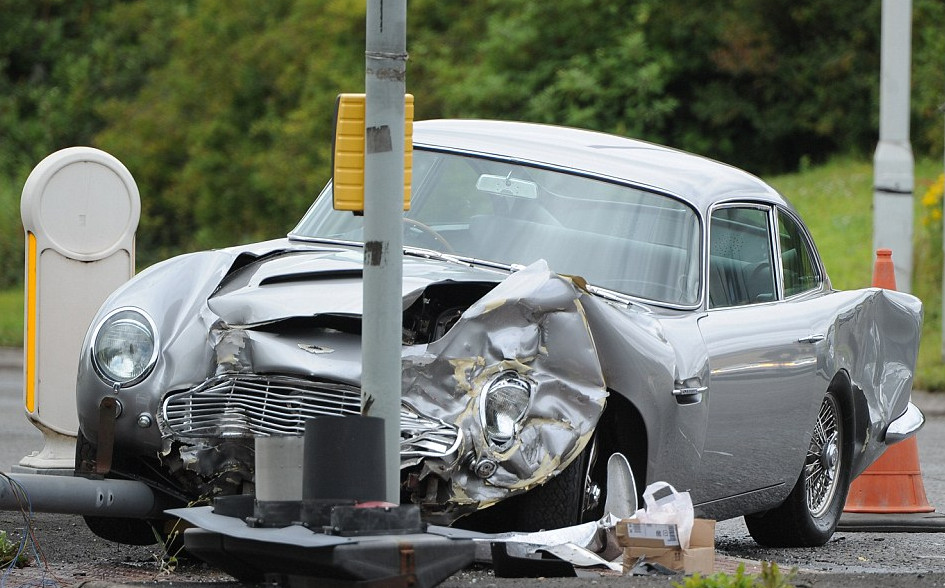 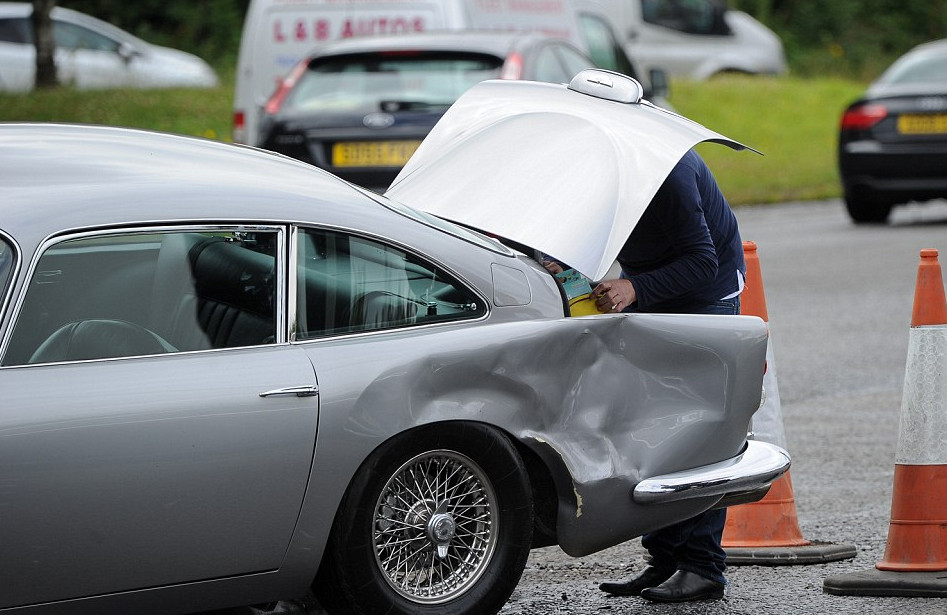 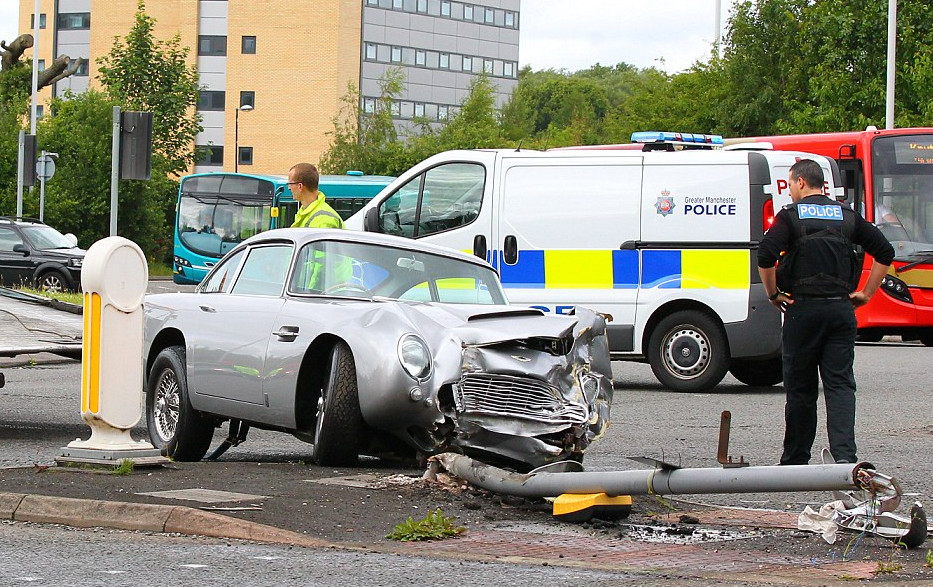 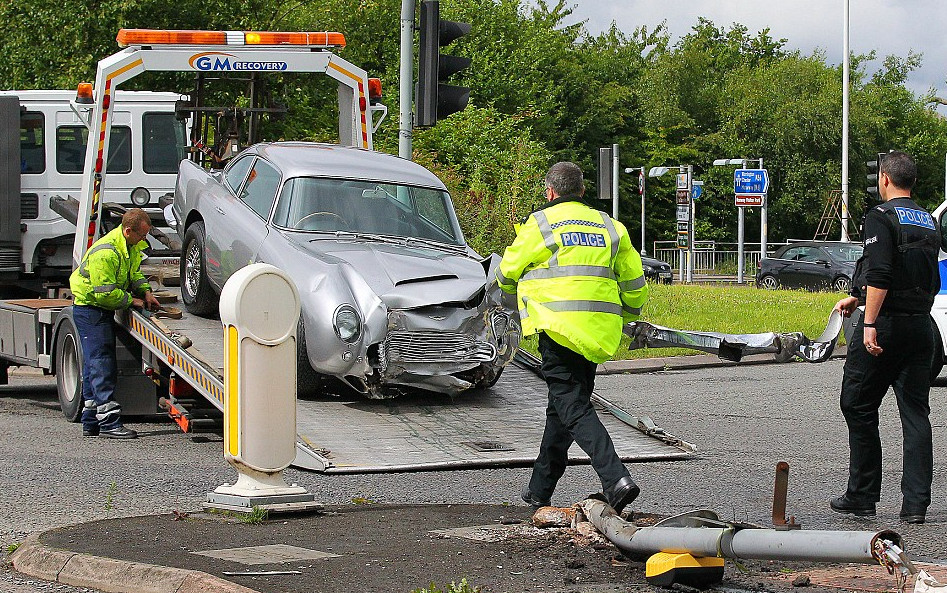