Bubblegum Alley is a tourist attraction in downtown San Luis Obispo, California, known for its accumulation of used bubble gum on the walls of an alley. It is a 15-foot (4.6 m) high and 70-foot (21 m) long alley lined with chewed gum left by passers-by. It covers a stretch of 20 meters in the 700 block of Higuera Street in downtown San Luis Obispo.According to the San Luis Obispo Chamber of Commerce and Downtown BUSINESS Improvement Association, the origin of the gum is “a little sketchy”. Some historians believe that the tradition of the alley STARTED after WWII as a San Luis Obispo High School graduating class event. Others believe it STARTED in the late 1950s, as rivalry between San Luis Obispo High School and California Polytechnic State University (Cal Poly) students. By the 1970s, Bubblegum Alley was well established. 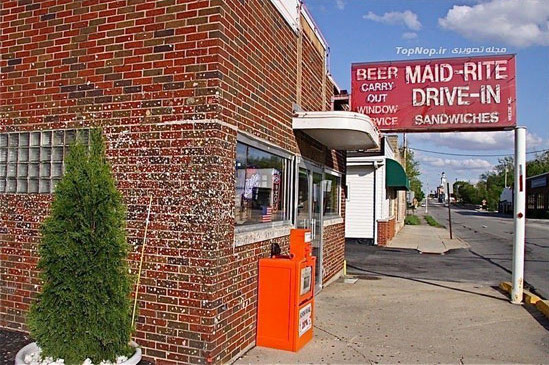 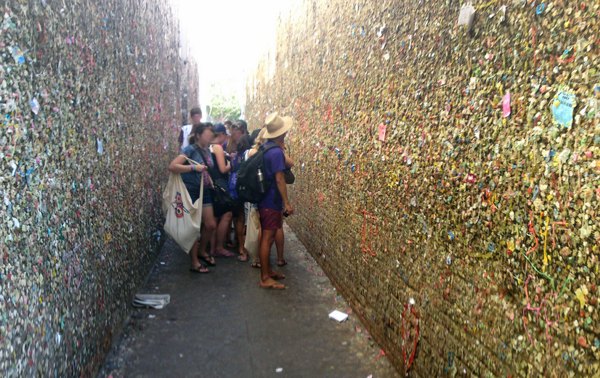 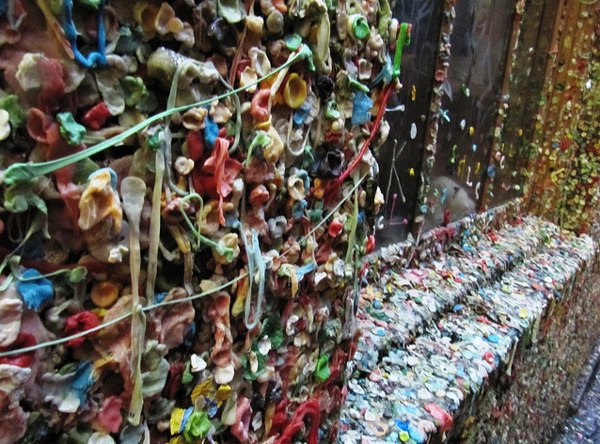 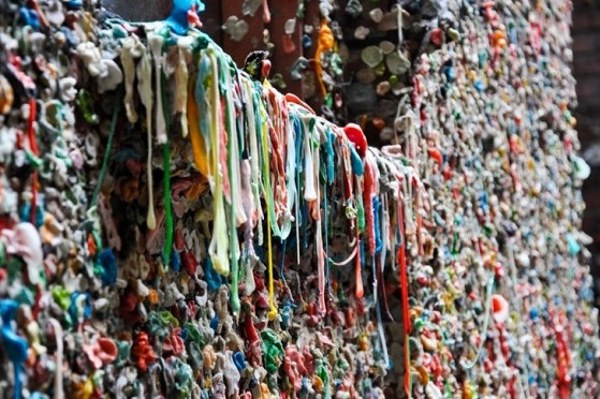 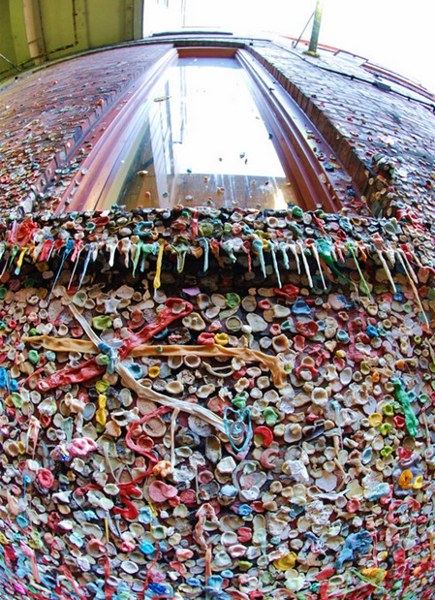 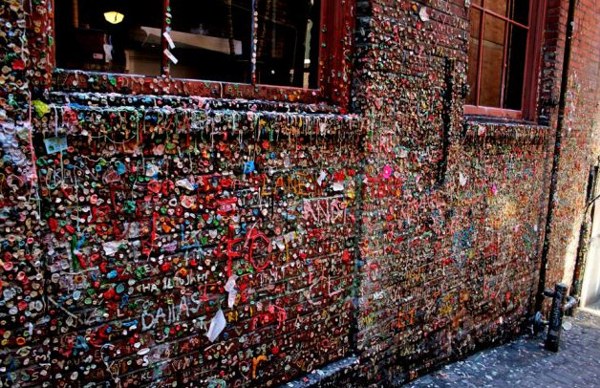 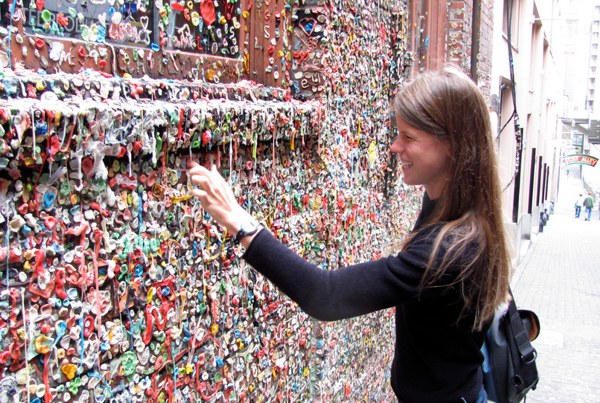 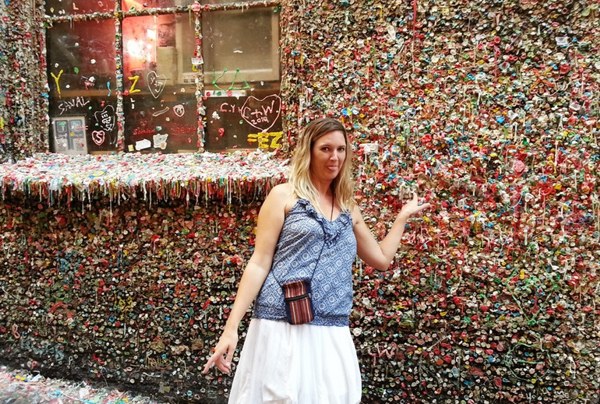 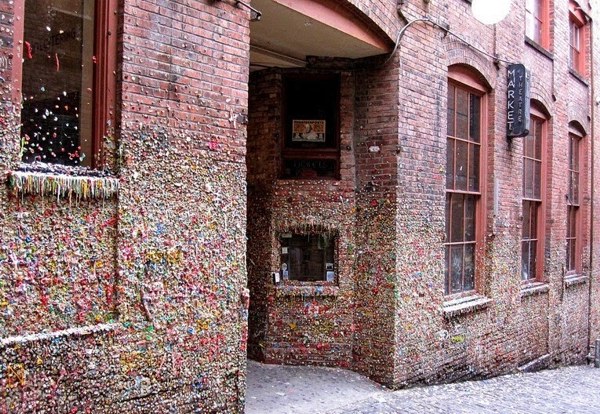