Mohammad Reza Golzar (born 31 March 1977) is an actor, singer, television host and model. Before starting his acting career with Sam and Narges, in 1998 he gained fame as the guitarist of the Iranian music band, Arian band. He is now a singer of the Rezzar Band led by Hamed Baradaran. 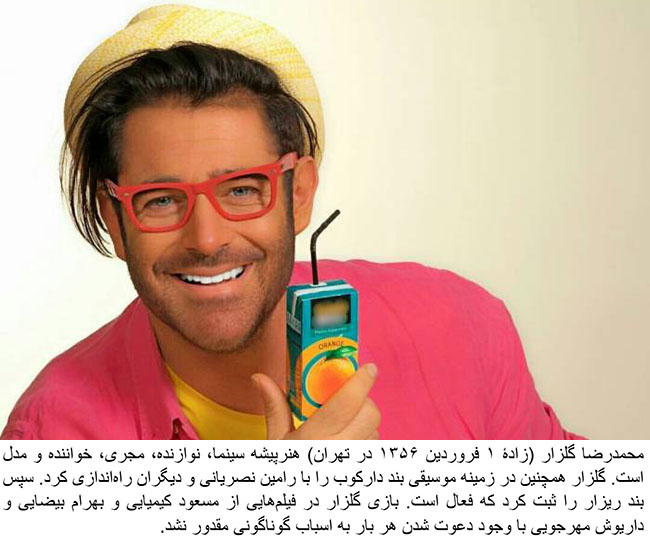