Celebrities Who Don’t Want to Get Married

Tannaz Tabatabaei (born May 10, 1983) is an actress. She is a graduate of Theater from IAUCTB. She has been active since 2000 with acting in Cinema, TV-Series and Theatre and started her occupation by passing Hiva-Film acting free classes and she has chosen for Zabih after a month but her first role as an actress in cinema was I Saw Your Dad Last Night, Aida by Rasul Sadr Ameli. 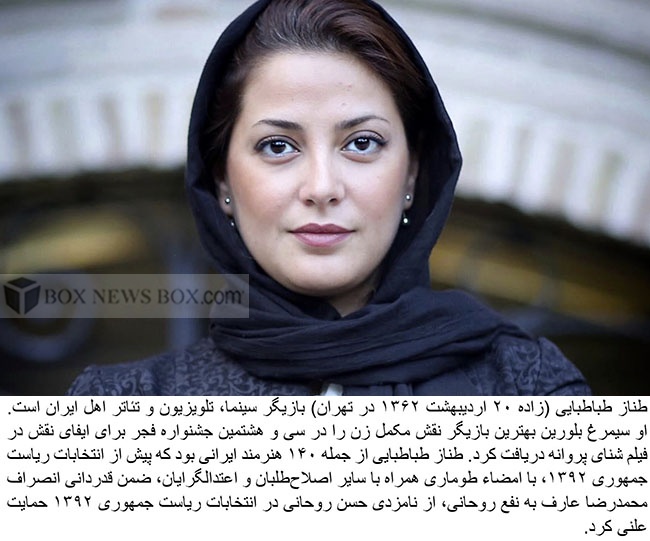