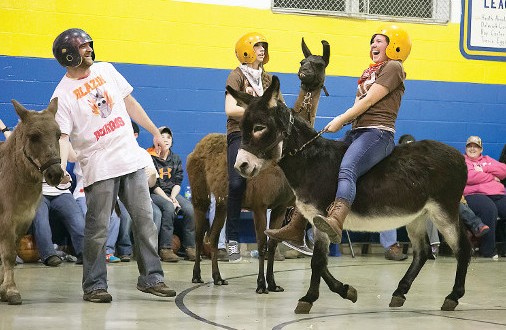 Basketball is hard enough for some people but why not try playing a game while riding a donkey. That’s exactly what happened this weekend in Tennessee. It’s a four-on-four basketball game where the players have to ride their donkey around the court, trying to score baskets. It’s all part of a big fundraiser to feed hungry children in that area. The donkeys came with an entertainment group called professional animal frolics from North Carolina. They’ve been doing events like these for more than 30 years. But it certainly seemed like the donkeys were calling the shots – with the players spending much of the game pushing and pulling the animals around the court. The competition raises money to help feed children in the area. 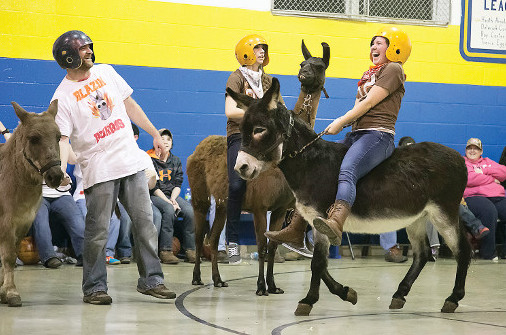 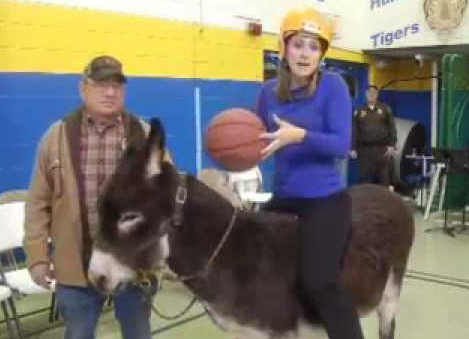