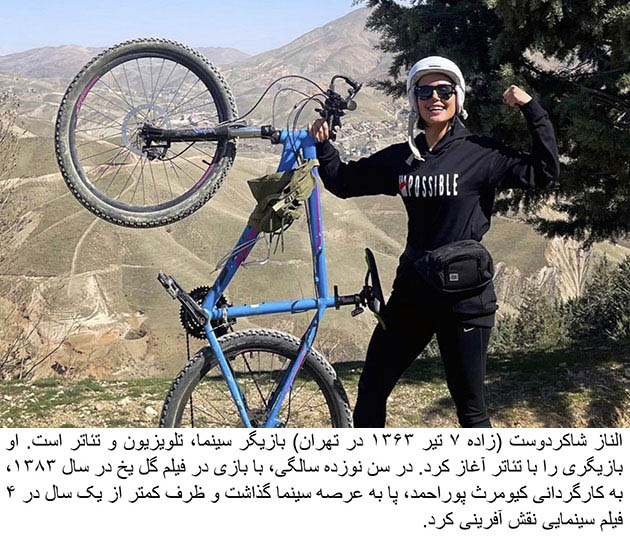 Elnaz Shakerdoost (, born June 28, 1984) is an actress, designer and model. at 37th Fajr Film Festival she won Crystal Simorgh award for “Best Actress” for her role in When the Moon Was Full (2019). Before entering the cinema, she worked in student theaters, none of which were performed in public.