Facts about the Former U.S. Ambassador to the UN” NIKI Haley”

At a time when immigration reform is front and center in the Trump administration, Haley’s background is particularly compelling. Her parents, Ajit Singh and Raj Kaur Randhawa, are immigrants who built a multi-million dollar empire in America. Of course, they didn’t just stumble into their success. Before settling in the United States, the couple emigrated from India to Canada so Singh could pursue his Ph.D. Upon completing the program in 1969, Singh was offered the opportunity to teach biology at a college in South Carolina. Although he was excited about the gig, money was tight. Haley’s sister, Simran Singh, claimed in a blog post that her parents moved to South Carolina with a meager “eight dollars in their pocket.” 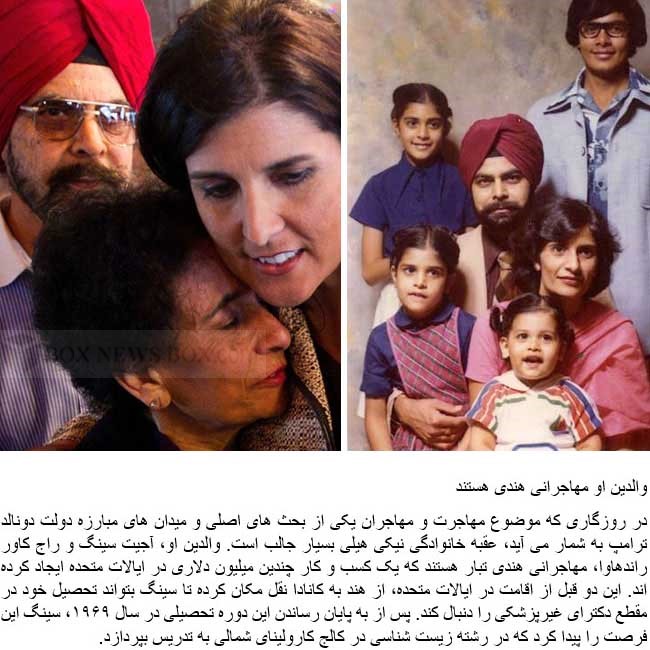 Her parents are immigrants