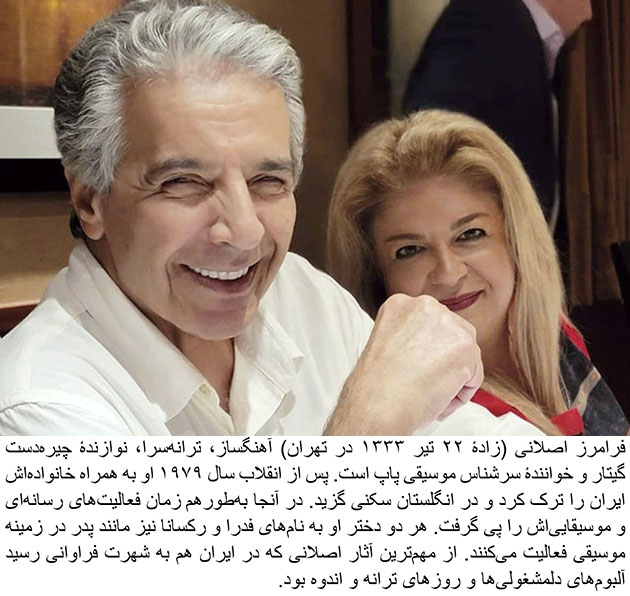 Faramarz Aslani (born July 13, 1954) is a singer, guitarist, composer, songwriter, and music producer. He is a graduate of London University’s College of Journalism and has written for several Persian and English publications since his graduation in the early seventies. Upon returning to his native country, he worked for one of two English dailies, Journal until he was spotted by the President of CBS.