From Homeland to USA to be a pro Stunt performer 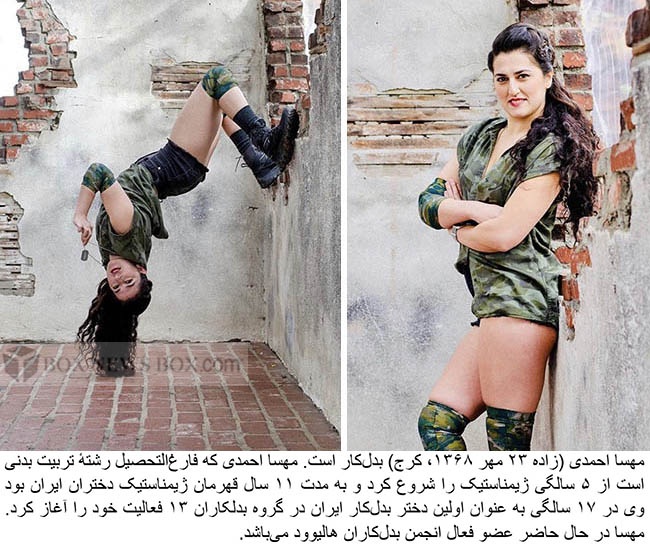 Mahsa Ahmadi entered the Turkish cinema as a stunt performer in 2008. Turkey didn’t have any stuntwomen at this time. She was then invited to perform in Skyfall (2012) under stunt coordinator Garry Powell and she was awarded the Screen Actor Guild Award 2012 for Outstanding Action Performance by a Stunt Ensemble in a Motion Picture Skyfall (2012). The first women stunt performers she ever met were where she met were Angela Meryl and Annabel Wood who were also working on Skyfall. After her experiences on Skyfall, she knew what she wanted to do for the rest of her life.