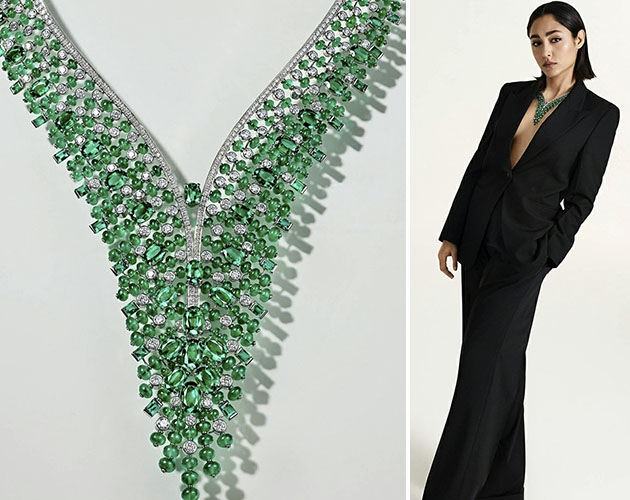 The emeralds in this High Jewelry necklace hang perfectly, suspended in a delicate cascade evoking a living substance and offset with drops of diamonds that accompany each movement with fleeting radiance. She has appeared in over 30 films, many of which have received international recognition. She was nominated for the Most Promising Actress Award for The Patience Stone at the 2014 Cesar Awards in France, and won the Best Actress Award for Boutique from the 26th Nantes Three Continents Festival (France).